The Eagle has Landed

The newspaper shown above (courtesy of Tyler Allan our Mechanical lead) is just one of many kept as mementos of a special day in history: the lunar landing. Rocketship’s director Michael Horito remembers watching the landing at his grandfather’s house and playing astronaut in yard with his brother, bounding in slow motion.

It was 50 years ago today that the lunar lander successfully touched down on the moon. Although only two individuals set foot on the surface that day, it was an accomplishment for the world who was watching every step. In a way, everyone who witnessed the moment celebrated as if they had made the trip themselves.

As a case in point, Michael Collins was a part of that mission but remained in orbit as the command module pilot. He wasn’t alone. In a Google Doodle commemorating the 50th anniversary of the landing, he explains “It took around 400,000 people to land humankind on the moon”. After returning to earth and meeting people around the world, Collins remembers that it didn’t matter people were from, they would all say “We did it”.

Looking back 50 years makes us wonder how people will remember us a half-century from now and we can only speculate what milestones we’ll cross by then. Each year seems to take us leaps and bounds ahead of the last. One thing’s for certain: working together, humanity can do amazing things.

“Here men from the planet Earth first set foot upon the Moon July 1969, A.D. We came in peace for all mankind”
~ Apollo 11 Lunar Plaque 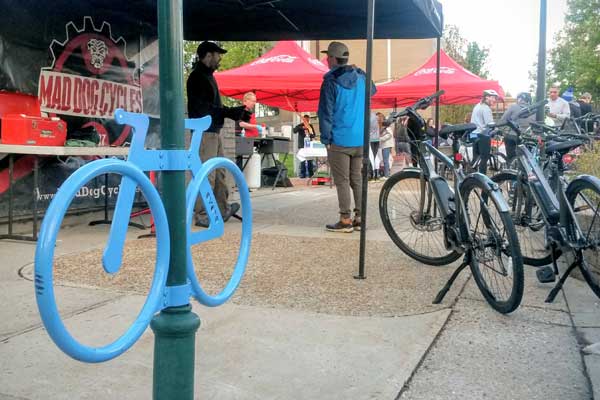